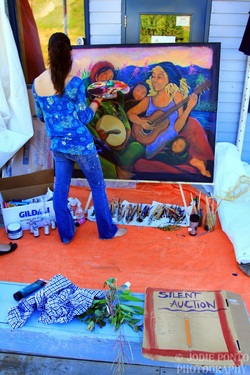 My artworks express what I see beneath the surface of people, animals, plants, places. I use symbols, color, text, and a layering process that is infused with prayer for healing: to heal myself, to heal others, to heal communities and our relationship with the Earth.

Sometimes my art is a call, drawing attention to an issue that needs redress; sometimes it's a chance to steal a moment for beauty and contemplation during our busy lives- we all need recharging and I have no doubt Art does that for us... Sometimes it is meant to transform the space where it hangs- to give a feeling of compassion and sanctuary.

I live in my relationship to Our Creator, and I perceive the world in the context of the Four Directions Medicine Wheel as it was taught to me by my respected Elders when I was young. Everyday I wake up wondering how I can serve my relations...I even dream about it. Ideas come and go, many see fruit and many stay dormant and develop over time... As I approach mid-life, I've finally come to understand that nothing is really wasted when you are an Artist... you just have lots of "compost" for later.

My Education includes a Bachelor of Arts Major in First Nation Studies, and 3 years of part time training in Visual Art. I recently completed training in the Color of Woman Method by Shiloh Sophia McCloud and have begun delivering workshops to those who wish to create their own healing Art. 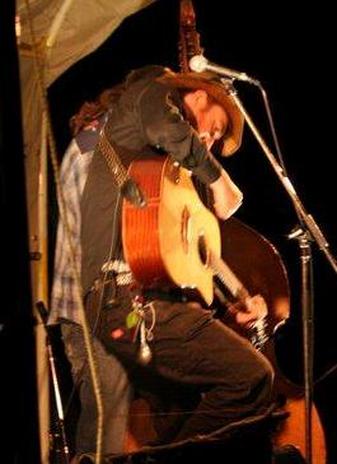 The great country/punk/anarchist returns to MoM with a Hot new band and a new look at the world.
Joey Only Outlaw Band
They are the band that everyone in Quesnel, who doesn't listen to rap, are suddenly talking about.  After 1000 shows on the road Joey figured his music playing days were done settling himself into family life in the Cariboo with his dudette of duets Leah Martin.  What he didn't count on was how Outlaws attract!  Suddenly, without really trying, he's sporting a hot sounding band again of dedicated dudes grown organically by 'practicing' in the Wells Hotel Pub all winter long.  They are faster, badder and meaner than ever with their sights increasingly set on regaining Joey's title as the King of Canadiana Outlaw Country!!

Joey Only has climbed 80 mountains, is an experienced wilderness guide, has chased tornadoes, been struck by lightning, nearly died of tuberculosis, had vocal surgery, smashed his face, been lost in the barrens, and incarcerated for activism.  He was publicly deemed a terrorist by Victoria BC police in this way.  He's hitchhiked 50,000km as a youth, played a 1000 shows in different bands, failed out of University, kicked out of seminary, tried to ride a moose and fought an aggressive mother bear.  Joey has been a published author on an array of subjects appearing in BC Musician Magazine, MapleLeafs.com and in newspapers across the country.  Joey is pro-cannabis advocate, a former downtown eastside Vancouver healthcare worker and still thinks the Leafs will win the Cup any day now.  Joey now lives in Wells, BC with his wife Leah and Daughter Willow, where he prospects for gold.  He does things that no Canadian musician has ever done and is best compared to a modern version of Woody Guthrie.

The Party On High Street 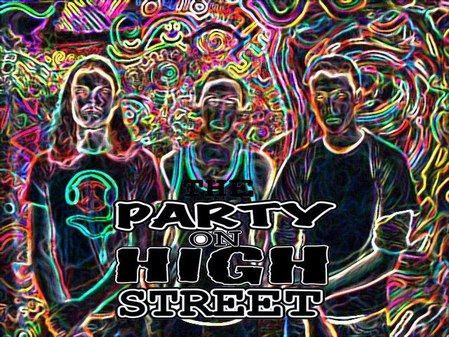 Travis Charuk - Electric & Acoustic Guitar/ Vox
Brin Porter - Electric & Double Bass/ Vox
Nick Houghton- Drums & Percussion / Vox
.......... Praises for the Party.........
"So long as guys in The Party on High Street are dancing along with the audience, they’re doing what they set out to do: start the party." - Victoria News
"The Party bobbed and boogied with
relaxed joie de vivre" - Times Colonist
"...a great blend of groove and party...they will keep you moving all night long" - The Martlet
"...this is the band from 'Into The Wild' "
- Nikko of Savage Blade
'This is music for shimmying, for funking your way through a Friday night.
The Party on High Street delivers high-energy funk music, rarely slowing down to give the dancing masses a breath.' - The Martlet 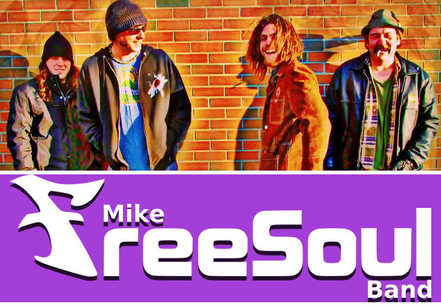 After seeing them perform at Folkanagan this spring, MoM can attest to the sharp, danceable and original sound of Mike Freesoul Band! 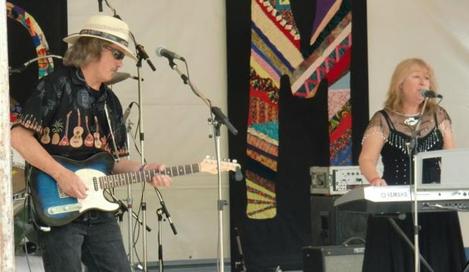 Bill and Ingrid are well loved performers from right here in Fort St. James.  They have been teaching and entertaining us with Ingrid's beautiful and haunting voice, and Bill's guitar riffs and bass tracks.

Well known for great blues, country and rock covers, they will be bringing out some of their original material this year so don't miss their show! 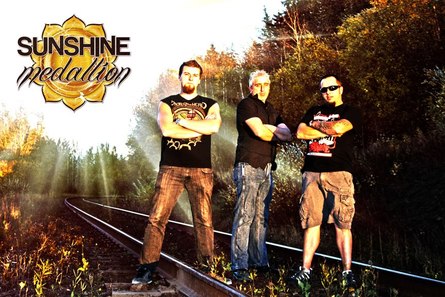 Kart Mattson-Trouble in the Peace 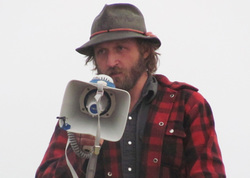 A FEATURE DOCUMENTARY In the Peace River region trouble is brewing. As gas companies move heavily into northern BC, family farms suffer lethal gas leaks, stunned that such injustice could happen in Canada.

From this mayhem emerges Karl Mattson: cowboy, artist, father. Small gas leaks are affecting the health of his herd and family. When a big leak comes, it will be deadly.

But the media cares little for the plight of farmers like Karl. And while the government eagerly commits $4M to catching a mysterious ‘pipeline bomber’, it fails to regulate safety standards for its own citizens. The message is clear: industry trumps individuals.
But Karl isn’t ready to roll over and die just yet. 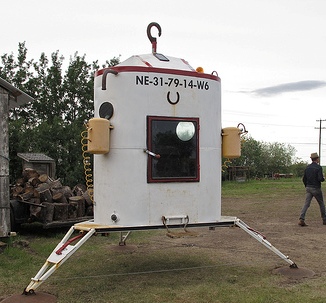 Karl Mattson's "Escape Pod", built to represent his family's need to escape from the dangerous sour gas they are exposed to. 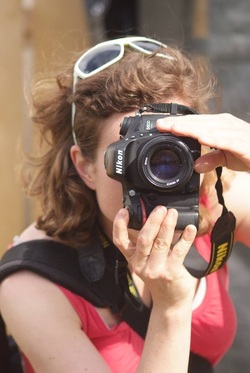 Prince Rupert-based photographer Arianne Loranger-Saindon is currently working on a photo book of Northern BC’s music festivals. This summer, she is traveling to nine festivals where she is taking photos and collecting stories. The book should be available for purchase in the summer of 2014 and part of the proceeds will go towards supporting the festivals themselves. If you are or have been a performer, organizer, or festival goer and would like to contribute a story, please contact Arianne at l.s.arianne@gmail.com.
Powered by