The artists showcased on this page are ONLY SOME of MANY who played at 2011 MoM Festival!
Check out their websites and blogs. 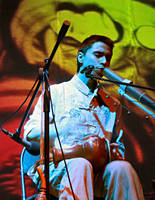 Multi-instrumentalist and professional composer Bulat comes to us from Moscow, Russia playing his own unique brand of jazz, world, folk, electronic, beat box and classical music.  Along with Bulat will be his wife and partner Anya.  Together they put on a stunning multi-media performance! 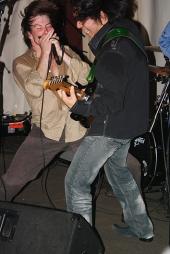 Boogie Patrol is a Blues, Funk, Soul band from Edmonton, Alberta. After creating a serious buzz on the lips of Edmontonians in the know, these diverse musicians have branched out to play more of Western Canada and are continually impressing crowds, both old and new. Showcasing the talent of Alberta’s own "Rotten" Dan on harmonica and vocals and Nigel Gale on bass, Boogie Patrol brings funk back to its roots along with Japan ex-pat Yuji Ihara cranking out jaw-dropping guitar solos and Sean Grieve tickling the ivories 'til they're numb. Holding court behind the kit is Chicago-born Edmonton resident Jeff Lisk (http://jldrums.com/), backing the beat like nobody's business. Since their inception in 2007,  Boogie Patrol have played hundreds of shows. Most notable performances as of late have been opening for The Fabulous Thunderbirds (March, 2011) and the legendary Buddy Guy (May, 2011). Boogie Patrol leads to you a place of good lovin, combining mind-bending guitar, keys & harmonica solos with a rhythm section that you can't help but move 'n' groove to. These boys stay true to their name and take letting loose to a whole new level. In the words of Ric Hall, guitarist for Buddy Guy: "Boogie Patrol is off the hook! They're on fire!" 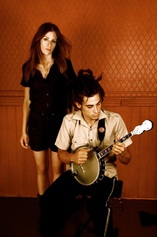 For the past two years, Andrea’s home has been her van and the road has been her destination.  Playing shows from Newfoundland to Vancouver Island and up to the Yukon certainly warrants Andrea her reputation as one of Canada’s most tireless road warriors.
Musically, she’s been described as the antidote to too much Joni Mitchell, a tougher Dolly Parton a sexier Janis Joplin, but she has a soulful and sultry sound that’s all her own.  There is an intimacy in her music that is both candid and unapologetic. Her beautifully woven narratives and raw delivery pull you in, force you to smile, break your heart, and mend it all over again. She’s a born performer and has been described as fearless, emotional, and confident.  Returning to MoM sporting her new album, The Shadows and the Cracks, Andrea is sure to capture your heart! ...  http://www.andrearamolo.com 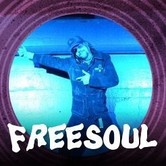 "Freesoul is bringing his brand of folk/funk/ hip hop back to Fort St. James.  Freesoul has played many festivals around BC and has been working on his second album throughout the winter.  A true friend of the fest and a fast-maturing singer/songwriter, Freesoul has been to FSJ numerous times in the past.  His new sound is sharp, inspiring and full of Free Soul."

Jerusha
MoM proudly presents the Fort's own Jerusha!
"Jerusha Turgeon is a young woman of many talents.  She will get to show off at least one of these talents during the B.C. Festival of the Performing Arts in Kamloops in June. Jerusha will be performing in the classical voice category, representing the Nechako Valley Performing Arts.  She will get to show off even more of her talents at the Music on the Mountain Festival in Fort St. James in August, where she will also be performing.  Jerusha is a vocalist, a violinist, a pianist and a gymnast, and she’s only 16."...Ruth Lloyd, Caledonia Courier 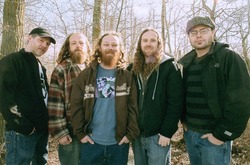 McGowan Family Band
The McGowan Family Band is an Edmonton based musical ensemble dedicated to producing innovative music and high energy shows that are accessible to a wide audience of all musical tastes and ages. Musical influences include rock, folk, reggae, blues and psychedelic.

Matt's sultry voice and incredible guitar playing makes him one of the most inticing perfomers around. His songs outline the compassion and tenderness that he is made of. The romance of his songs will reintroduce love to all generations. From his first to his last word, audiences know how genuine this man is. - Danton Remacle ( Rock Royalty Records )

David Roy Parsons is the best new songwriter I've found in the last couple of years. I don't say that lightly. I've played several hundred gigs in about 10 countries. His lyrics remind me of John Donne, and his melodies are undeniable. He's sophisticated and straightforward at the same time, like Hank Williams. If you care about songwriting, don't deny yourself the pleasure of listening to this man. 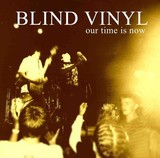 A bunch of kids from rural British Columbia united by their musical ambitions got together at Hazelton Highschool and decided to burn the world down with oldschool rock n roll style party music. And the rest, as they say, is Rock n Roll history...

Sarah Burton
"The Sarah Burton Band is comprised of incredible musicians who bring a new, fresh sound to the music scene and Burton’s songs are well crafted, the lyrics are thought provoking and she refuses to settle for mere hooks or formula writing.  This is a band that you should listen to, because it will not be long before they are headlining concerts in large venues. That’s how good they are and they are only going to get better." -- Joe Montague 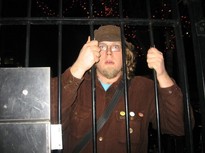 Shayne Avec I Grec
Taking the term rambler to heart, shayne avec i grec is often seen traveling thru the physical realms of highways and truck stops while rambling his way thru myriad stories of past, present and future. He is prone to outbursts of glee and his poems range from visionary tales to hyperkinetic bursts of abstract wordplay, mixing politics, metaphysics and love. As a performer his booming voice and energetic delivery owes a debt of gratitude to the beats, slam poetry and the open road. Whether speaking softly over the strains of mellow musical accompaniment or bellowing off-mic from the edge of the stage, shayne's voice holds a commanding presence that draws any within earshot into the worlds of his words...